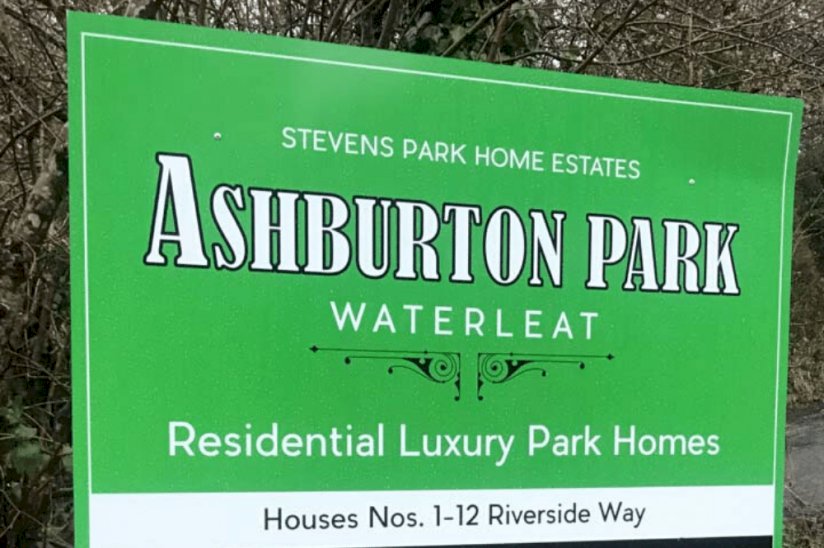 What Features Does Ashburton Park Have?

Ashburton Park is located in Devon, a county that is home to some truly breath-taking sights and natural attractions.  It is a popular holiday retreat, however, many people choose to move out here in their retirement years.  Ashburton Park is a carefully-maintained residential park which will appeal to anyone who has already explored the area.  However, it will also appeal to people who want to take a break from it all.  The park backs onto a wonderful slice of Devonshire countryside and is in walking distance of some of the UK's most spectacular National Parks.

Ashburton Park residents will enjoy having access to some of the best-loved attractions and natural sights in the county.  People rarely get the chance to move out into such a rural location.  The park is an exclusive, secure community, which means that safety and peace of mind are always assured throughout the year.  More than just a foothold for the wider county and all its attractions, residents can enjoy a gentler pace of living than what they may expect from cities and towns elsewhere.

Based close to the historic Devonshire town of Newton Abbot, Ashburton Park offers retirees a chance to genuinely sit back and unwind.  This exclusive neighbourhood is only open to residents aged 50 and over.  Therefore, it is aimed at retirees, and residents can enjoy moving in alongside like-minded people.  Simply put, the park is developed and maintained to offer a slow pace of living that can be hard to find elsewhere.

Ashburton is split into two distinct zones, and benefits from its own stunning landscaped grounds.  A beautiful river runs through the community, which means homeowners here can always enjoy the pleasures of waterside living throughout the year.  The properties here are set up to offer modern conveniences, however, the pitches are laid-back and accessible to people from all walks of life.

There is a close-knit community on both sides of Ashburton Park, however, residents will also benefit from privacy and discrete living in their own personal pitches.  Retirees can choose to mingle with their neighbours as they wish.  It is always recommended that you get to know fellow residents, however, the park owners understand that most retirees will want to spend some time on their own to enjoy the tranquillity.

Park management here is open, friendly and receptive.  It is never difficult to ask for help, and the team are always ready to guide new residents.  Anyone moving to the park should ask for information on the local area, as the managers are experts on the various attractions and local sights surrounding Ashburton.

Ashburton Park is a secure, gated community.  Therefore, residents can always be sure of complete safety and privacy throughout the seasons.  Homeowners will also take full control of their own security, meaning that the community is one of the safest zones to move to in the region.  On-site support is always welcome to help new people settle in and feel safe.

What’s more, residents benefit from landscaped gardens and a variety of properties.  The park is based in a rolling four acres of countryside land.  It is a breakaway in the heart of Devon which many people invest in from year to year.  The park has seen considerable development over the years, which means it is always ready to welcome new people keen to enjoy Devon for themselves.

Anyone who has visited Devonshire for an extended period will agree that it is a wonderful county to explore.  For many people, moving out into the Devon countryside can be a dream come true.  Ashburton Park is based close to the towns of Newton Abbot and Ashburton, where the park gets its name.  These communities are easy to reach via roads, which means residents will always be able to find shopping and local amenities.

While the park is hidden away in the rural greenery of Devon, it is very easy to find from main roads.  Thankfully, this doesn’t mean that residents are ever at risk of loud noises or light pollution, as it is perfectly balanced.  Residents and visitors should take the A38 through Ashburton and follow directions for Ashburton Down and the Barn Owl Trust.  You will find the park next to the River Ashburn, which actually runs through the community to offer the neighbourhood its two unique zones.  You will otherwise find the park easily if you head for Buckland in The Moor, which is just a short walk away.

Ashburton Park is a unique gated community in that it is cast so deep into the countryside.  The location is perfect for anyone who wants to move into the country, and who is interested in exploring local walks.  However, there is also easy access to the coast, which means residents who enjoy the authentic English seaside experience never have too far to travel.

Parking and links to public transport will allow residents to get out and about with ease.  One of the most notable benefits of living at Ashburton Park is the level of independence it provides.  Park managers understand that residents here will want to take their retirement at their own pace, and can therefore either sit back and enjoy the private grounds, or head on out to enjoy Devonshire’s famous coastlines and country walks.

Residents will love the astounding views from the park itself.  While it is recommended to get out and wander through the parkland and wooded areas on foot, homeowners can spy some of the more breath-taking sights from the comfort of their own homes.  Ashburton Park is a community which is expertly positioned to offer peace and convenience to anyone looking for an exclusive residential property heading into retirement.

Residents who have never explored Devon before have lots to take in.  Perhaps the closest site of interest will be Dartmoor National Park.  Ashburton Park is positioned at the edge of Dartmoor, which means homeowners will be able to walk through the imposing, majestic woodland at their leisure.  There is also Exmoor National Park, which is only a few minutes up the road.  It is easy to reach by car as well as via public transport.

Residents will also enjoy exploring the various towns and villages scattered nearby.  Quaint communities such as Buckfastleigh and Bovey Tracey are only a short distance away.  The town of Ashburton is just over a mile down the way, and it is here where residents will find local shops, restaurants and pubs.  It offers plenty of local entertainment, too.  Homeowners at Ashburton Park will never feel too far away from local communities.

However, residents can also enjoy clear access to city and coastal attractions.  The park itself is based just between the cities of Exeter and Plymouth, both of which are laid-back areas with lots of history waiting to be uncovered.  Residents will enjoy finding their favourite brands and chain stores here, as well as taking part in local events.

Coastal resorts such as Exmouth and Torquay are also just a stone’s throw from Ashburton Park.  Residents can head out on public transit or the main roads to sample the classic seaside experience from the comfort of their own doorsteps.  Devonshire is a county which brings together the best of the countryside, coast and city amenities England is so well-known for.

Buying a property at Ashburton Park providers owners with a brilliant foothold.  Devon is famous for its heritage, its quaint town scenes and its beautiful scenery.  Most of it can be seen from up on high and from all around the park.  There is little wonder, therefore, why so many people choose to move here.

Ashburton Park is a secluded community built for like-minded people.  It is perfect for retirees who are looking to slow down their pace of living, and who want to take their time to explore the English countryside.  The park is very well-managed, and benefits from an almost unique location.  It is not too far from main roads and towns, yet just far enough for peace and quiet to be guaranteed.

Homeowners at the park can take in Devon at their own pace, and can stock up on their daily groceries and amenities from local stores and shops.  It is a park which offers a great deal of independence, and which benefits from being secure and secluded.  Residents will benefit hugely from being at the edge of Dartmoor, one of the most famous National Parks in the country.

Devon is a popular holiday haunt for many people.  However, thousands of couples and solo retirees move out to the county year after year.  Ashburton Park presents a fantastic opportunity and a wonderful investment chance for people over the age of 50.  Early viewings are recommended as and when properties become available across the year.