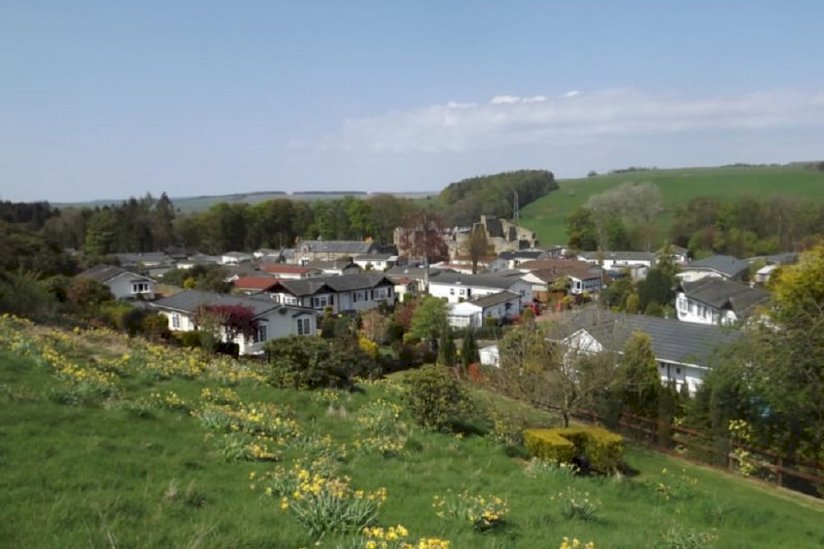 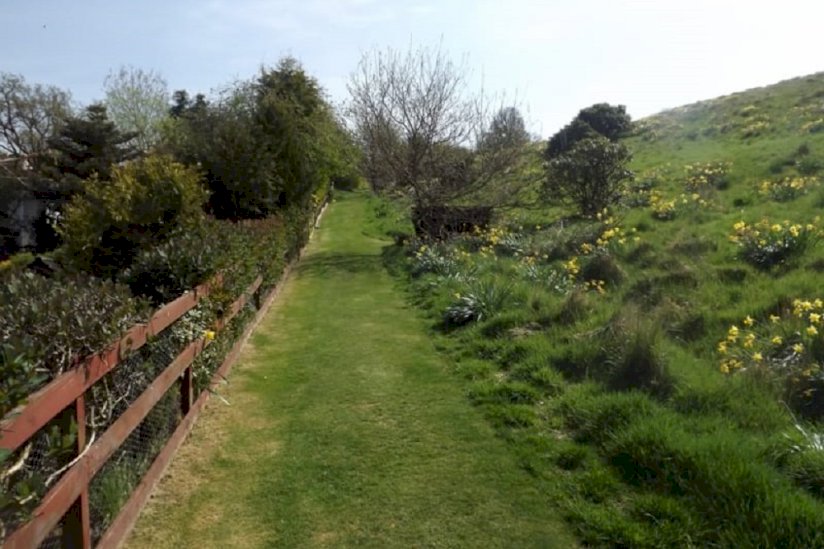 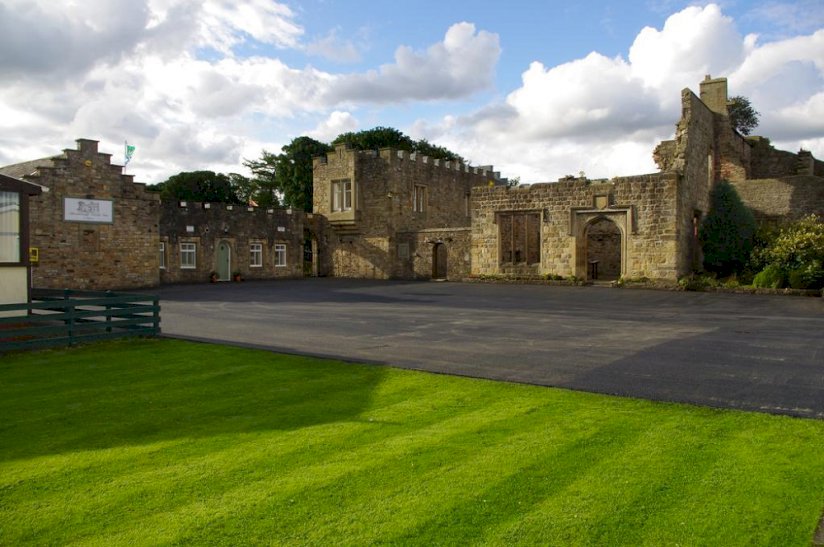 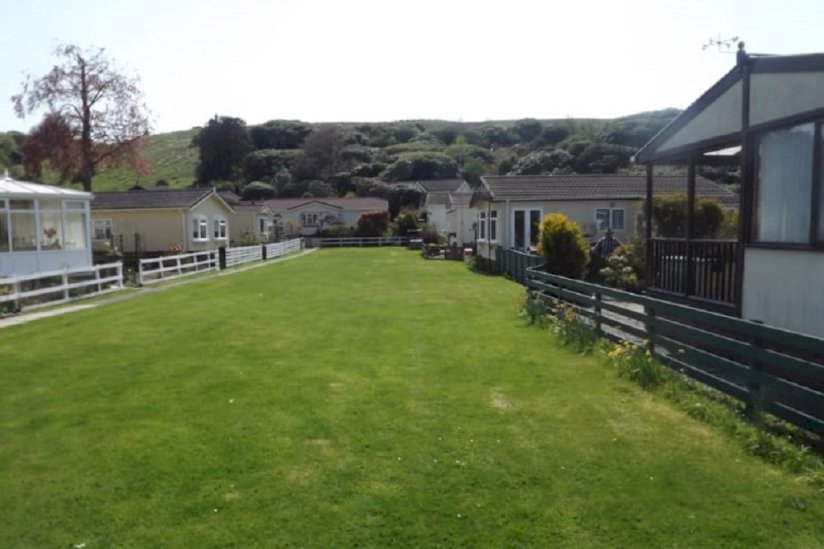 What Features Does Blenkinsopp Castle Have?

Blenkinsopp Castle Home Park in Cumbria is situated on the grounds of a 14th Century castle, built in 1339. Amongst the twenty acres of trees, shrubs and hybrid rhododendrons which offer a lovely burst of colour come early Summer, sit sixty-one homes. High ground overlooks the estate, stretching over eight acres. From this area, the breathtaking mountainous lake district is just one hour drive away, as too are the rolling hills of southern Scotland and the designated Area of Outstanding Natural Beauty, Northumberland coast. An ideal park that is especially well suited to the older, retired person or couple.

The park is a retirement park with relaxing, picturesque scenery to spend the best years of your life. This kind of place offers that pleasing fresh air, which is so far removed from the air you will likely be used to if you have travelled from a large town or city. You see this is the fresh Northumbrian air, which is something special. The Lake District is within short reach, alongside southern Scotland and the Northumberland coast all a quick travel away, giving you plenty more landscapes to soak up and explore. That eight acres of high ground would also be perfect to take a dog to exercise, they'll surely love it, as much as you will enjoy a regular walk up against it, no doubt.

Pets are welcome but need to be kept under control and well looked after. The high ground also offers space to the seat, so you can enjoy all the lovely views, as you relax perhaps with a book, a cool drink or just your eyes staring at this fine spot of natural growth. The views in question include Hadrian's Wall, Thirwall Gap and the South Tyne Valley.

There are plenty of unspoiled stretches of the country to enjoy and explore. You could also take a walk up to the historic Roman Wall, which is open for the public viewing. Much of the wall has been saved, and some of its stones were actually used for the castle when it was built in 1339. At this park, you will be able to finally take some rest away from the noise, and hustle and bustle of busy town and city life. Instead, immerse yourself in nature, as there is no shortage of well looked after, but all-natural, nooks and crannies, pathways and historical sights to discover.

There is a shopping centre located just two miles away from Blenkinsopp, in a small market town called Haltwhistle. The nearest city is Carlisle, which is 19 miles away with Hexham 19 miles in the opposite direction.

Half a mile from Hexham is the small village of Greenhead, which comprises of an infant school, church, hotel, cafe and village hall. Buses and trains run frequently from here, helping ease of access.

Blenkinsopp Castle Home Park also contains a pond, which has been specially created for wildlife to have a peaceful space in. This is a park that brings peacefulness and tranquillity in equal measures. Each of the park homes has its own garden, which you'll be able to enjoy tending to and enjoy your neighbouring gardener's offerings, who all take pride in keeping their gardens looking wonderful. You can feel rest assured that the insides of the houses have also been created to a high standard, with materials of fine quality used throughout the building, including in its furnishings, which have been well thought out for both style and comfort purposes. Perhaps another reassuring aspect of this park is its social factor. Those who are retired and no longer have anyone living with them may be concerned about getting lonely or feeling isolated in various forms. But Blenkinsopp is located near enough for one to reach the local communities, and you also have the park residents themselves to keep you social. Those peaceful gardens, for instance, offer a lovely spot to catch up with your neighbours, and dogs will likely love soaking up the atmosphere with you! Long-term residents of the park have commented how the other members of the parks are all very friendly and helpful in making new arrivals feel very welcome, putting them at ease. Whichever living arrangement someone has chosen, it is of course of paramount importance to them that the area is safe. It must be safe for the residents themselves, and family and friends will need to know their loved ones are in a safe environment. This brings up another point where the development excels. Residents have agreed how safe they feel, able to walk all around the park, day or night, without worrying that their safety is at risk. The way the grounds are set up, and houses are situated has been praised by residents and has encouraged them to feel safe, secure and happy as a direct result. This is a family run park, and again potential residents should be assured that the owners are not only so welcoming to new arrivals, but so very helpful in easing them into their new surroundings, and are always eager to please in any way they can. This park also contains Blenkinsopp Castle Inn which was converted from former stables. Here residents are able to enjoy a nice calm setting for a quiet drink, or even a tasty well-made meal, in a cosy setting with plenty of seating. Social events often take place here, which includes quiz nights, line dancing, and keep fit sessions Hopefully, you have begun to see just some of the delights living here could bring you, and how it could be the perfecting setting for your next chapter in life. If your looking for further reassurance on the parks achievements, in 1999 the park won the prestigious David Bellamy Conservation Award, and has won the award every year since!

The white lady of Blenkinsopp

Bryan de Blenkinsopp held the castle some six centuries ago and although a brave and distinguished man on the battlefield, his one weakness was inordinate greed for wealth. At a wedding feast, he was teased about his own marriage plans but replied, Never, never shall that be until I meet with a lady possessed of a chest of gold heavier than ten of my strongest men can carry into my castle.

Subsequently feeling ashamed of this outburst, Sir Bryan quit the castle and the country. After many years he returned with a wife and a box of gold that took 12 strong men to carry into the castle. But the marriage was not happy because Sir Bryan's wife would not tell him where she and her servants had hidden the chest.

Eventually Sir Bryan left the castle and no-one knew where he had gone. For more than a year his bride was grief-stricken and filled the castle with inconsolable shrieks. She sent out servants to try to find him but they failed, so she went out herself to look for him, neither of them were heard of again. It is averred that the lady, tortured by remorse for her undutiful conduct, cannot rest in her grave. She is doomed to wander back to the old castle, mourning over the chest of gold, until somebody shall follow her to the mysterious vaults where it lies buried, remove it and thus give her unquiet spirit rest. During the eighteenth century the parents of a young boy were aroused one night by his screaming,The White Lady, the White Lady ! covering his eyes with his hands. She is gone, he added, â€œbut she looked so angry at me because I wouldn't go with her. She said she would make me a very rich man. When I said I was afraid to go, she tried to carry me off, and then I shrieked and frightened her away. Although the parents managed to soothe the child, the same thing happened on three consecutive nights. When they moved him out of the castle, they heard no more of the spectre. Belief in the treasure was strengthened in the nineteenth century by the arrival of a lady in a nearby village. She dreamed that a large chest of gold was buried in the castle vaults. When she arrived she at once recognised the castle as the one she had seen in her dream. Until 1820 the castle was home to various poor families and remained badly neglected and in ruins. Later, the owner of a neigbouring farm ordered the vaults to be cleared out so that he could winter his cattle in them. While this was being done, a small doorway was found and people flocked to see it. Only one man was willing to enter the narrow passage , not high enough to allow him to walk upright. As he progressed the passage started a deep decent and noxious gases extinguished his light and he was forced to retrace his steps. His employer ordered the entrance to be sealed up and the contents of the vault have remained undiscovered to this day. Other sightings were made by Major George Anne's family who lived in the castle around the turn of the century and other strange things did happen in the castle. Violent knocks would be heard on the bedroom door, always at 2 a.m. and 5 a.m., so regularly that it was possible to set your watch by them and sometimes the paraffin lamp would be alarmingly turned off as one lay in bed reading.

One of the Countrywide Park Homes family View their parks here.